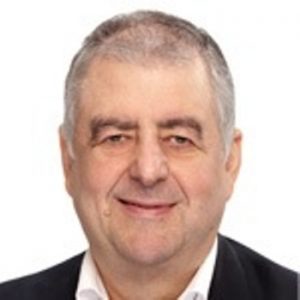 Les is a Managing Partner of the Hong Kong office of CIO Connect, a London-based firm that provides advisory and leadership development services to Chief Information Officers. He is also the Chair of the British Chamber of Commerce Innovation and Technology Committee and the current President of the Hong Kong Knowledge Management Society. Les has over 30 years experience in IT leadership roles including IT research with Gartner in the Executive Program practice, Asia Pacific IT Director at DHL and Director of Customer Services at Unisys. Based in Hong Kong since 1984, Les is a regular contributor to IT and executive leadership media. 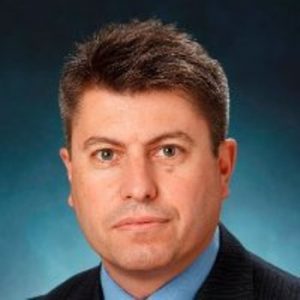 Peter is a Partner of the CIO Connect Hong Kong office. He is also the Chair of the Australian Chamber of Commerce Business Technology Committee. He is a seasoned professional in the IT and telecommunications industry having played a key role in several major “business transformation” programmes throughout his career. With the majority of his 28 year career spent working at the forefront of the ICT industry, he is now applying his unique knowledge and experience to a number of growing and innovative Asian businesses including CIO Connect. 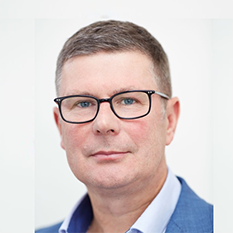 Graham has three decades’ of experience in coaching, facilitation and conflict/dispute resolution techniques to address the tensions, conflicts and performance challenges that arise individually and collectively in the context of change. He has previously held senior HR leadership positions in Cathay Pacific, Swire Properties, Arcadis and a number of leading organisations in Asia.

Graham holds postgraduate degrees with distinctions in Linguistics (Victoria University of Wellington, NZ); Clinical Organisational Psychology (INSEAD, France); and Strategy & Innovation (University of Oxford), and an LLM in Arbitration and Dispute Resolution from the University of Hong Kong. He is a Founding Fellow at the Institute of Coaching Professional Association and frequently collaborates as an Associate Fellow on executive development initiatives with Saïd Business School at the University of Oxford. 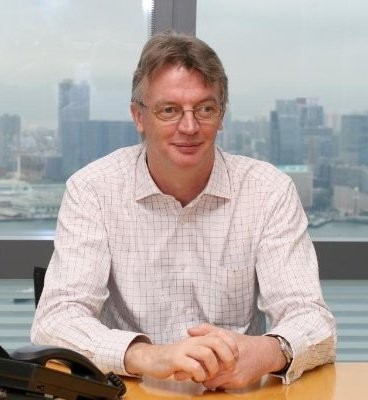 Tim has 30 years of experience gained at senior levels delivering technology solutions in the financial services industry. He has operated as a CIO for many years working within a complex global matrix in the most highly regulated environment. He has been instrumental in the delivery of a number of the largest global change programs of recent years including M&A, corporate restructuring, major application change and asset disposals.. In addition, he has experience managing a very large captive technology function in India where he significantly improved numerous aspects of the operation ranging from business connectivity through to diversity management in the team. 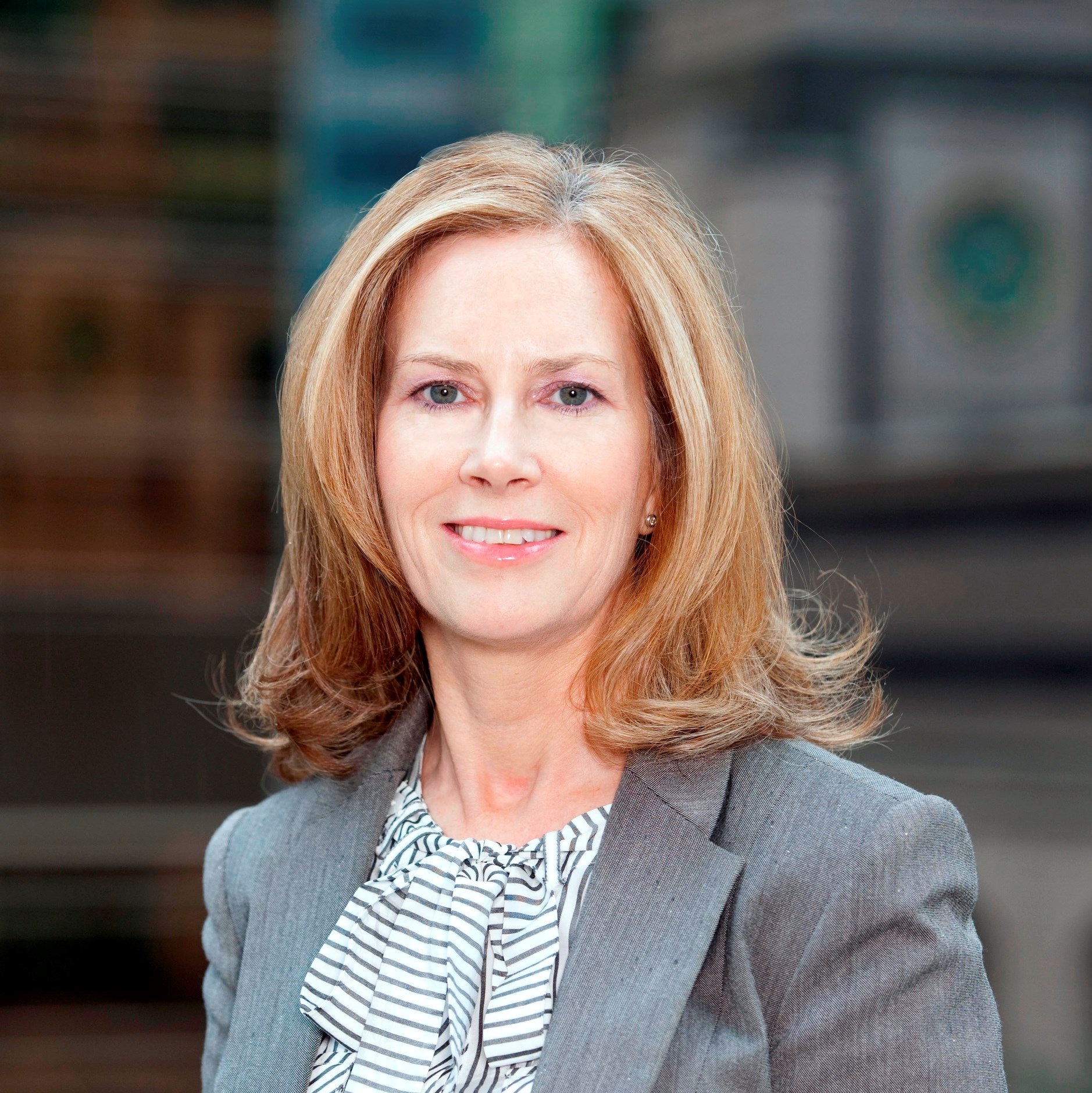 Amanda has been working in the Asia Pacific region for twenty years with blue chip organisations to build leadership capability and transform organisations both as an external consultant and senior business leader. Her international experience includes five (5) years running PwC Financial Services Consulting, Change Strategy and Human Capital practice in Asia based in Hong Kong. Her change work in Hong Kong has encompassed both government and industry including Citigroup, Prudential, Cathay Pacific, CLP, HKMA, SFC, Hong Kong Police and the Hong Kong Jockey Club amongst her clients. She has considerable depth and breadth of experience in transformation, culture change, strategic talent development, internationally within IT Functions and across the business. 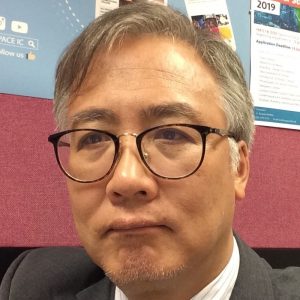 Victor received his Ph.D. from the London School of Economics and taught economics and finance for many years at University of Southampton. After returning to Hong Kong worked in the City University and the University of Hong Kong specialising in research on corporate strategy and public policy.  He was one of few pioneers developing ecommerce business programme for enterprises in early 2000 in Hong Kong.  Now as a data scientist, he advises on Artificial Intelligence Governance project in Research Centre of Sustainable Hong Kong in City University of Hong Kong and works for the Federation of Ecommerce to roll out their Big Data and Machine Learning initiatives in One Belt One Road and Great Bay Area.

In the past, he has acted as an advisory member of the OFCA Telecommunication Regulatory Affairs Committee, Central Policy Unit Task Force for Transport and Open Data Policy Working Group of University of Hong Kong.  He headed the Consumer Council Planning Division for 5 years, involved in developing their digital business strategy.  He is also an Adjunct Associate Professor in Faculty of Business and Economics since 2006 and worked with Research Institute of Economics and Business Strategy in University of Hong Kong 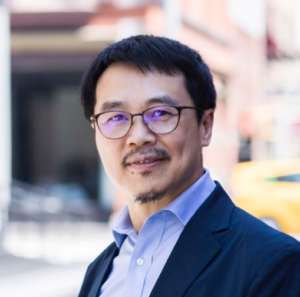 Raymond has over 25 years of industry experience, including 16 years at the Hong Kong Jockey Club where he was the Head of IT Infrastructure and Operation Services. Prior to HKJC, he worked in a number of management and executive positions at Nortel Networks, Digital Equipment Corp and Compaq Computer in Hong Kong, China and Asia Pacific.

Since 2006, he has been active as an investor and advisor in the start-up communities in Beijing, Shanghai, Shenzhen, Hong Kong, Silicon Valley and New York City. Raymond is currently a member of the Information Technology Technical Advisory Subcommittee of the Hong Kong Hospital Authority. 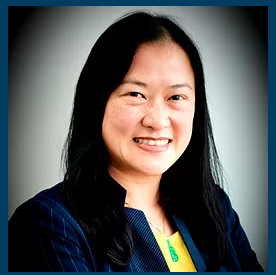 Olivia is a thought leader and practitioner in driving business digital transformation and sustainable growth through technology enablement and leveraging the innovation ecosystem. She has over 30 years of solid IT experience with more than 25 years in regional/global CIO roles in well-renowned multi-national corporations including Coca-Cola, Bacardi, Kraft Foods and Philip Morris. She has experience working out of Hong Kong, Beijing, Shanghai, Geneva and Bahrain. 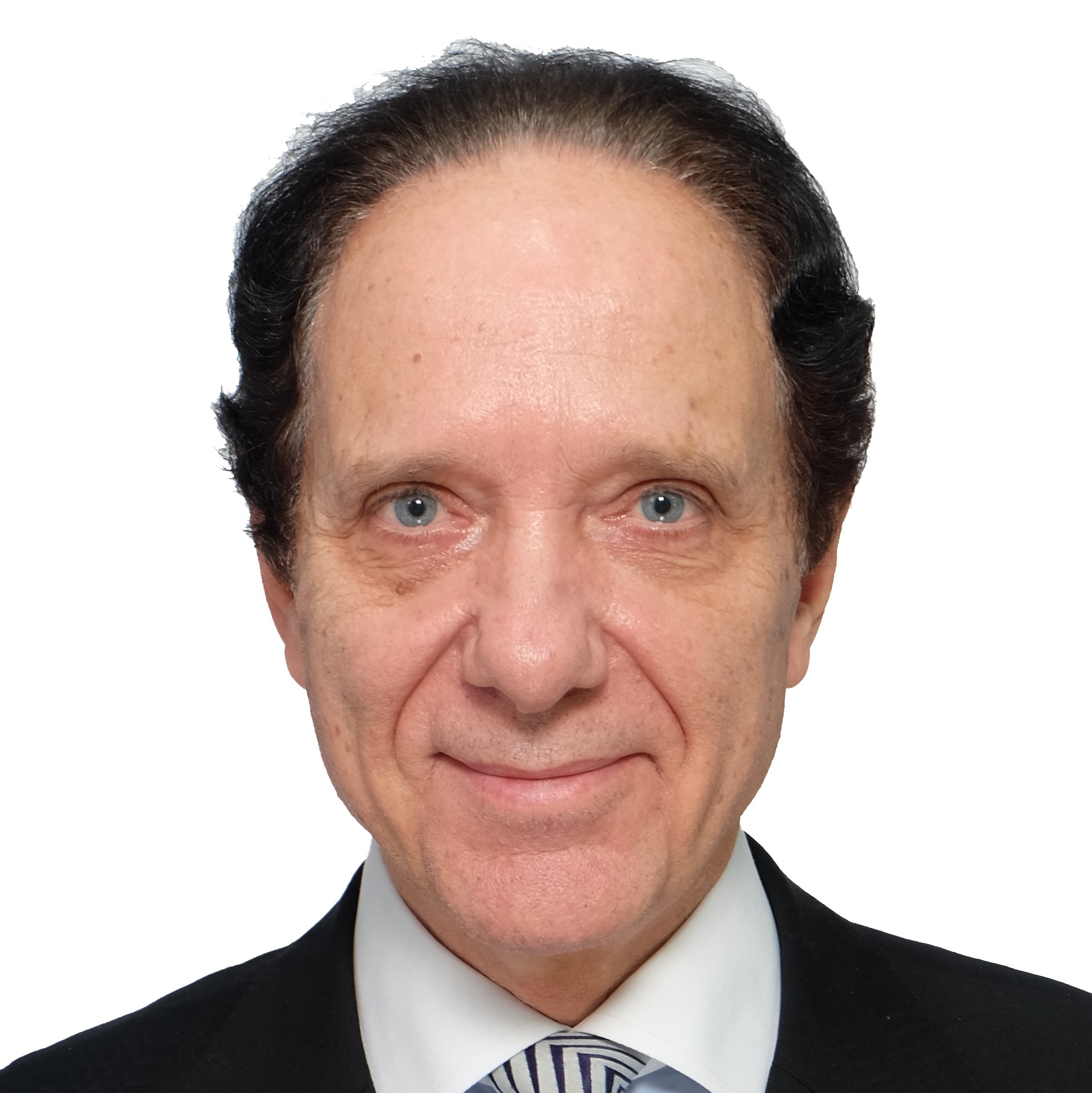 Malcolm is a Principal Advisor in the CIO Connect Hong Kong Office. Malcolm previously worked for HSBC as a business transformation and change leader with a track record of delivering complex projects. Leadership roles within HSBC included Programme Director (Private Bank), Chief Information Officer (Baoviet Holdings, an HSBC investment) and Senior Executive Special Projects; special projects included such as M&A due diligence, organisational restructuring and IT benchmarking and optimisation. Prior to this Malcolm was Regional Head of IT Operations for HSBC Asia. 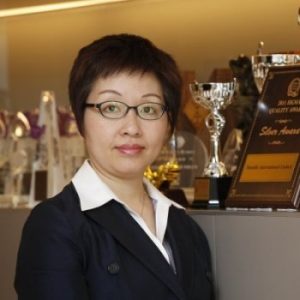 Lilian has 30 years of IT experience across Hong Kong, other parts of Asia and Canada. Before joining CIO Connect, Lilian was Vice President & Chief Information Officer, Manulife International, where she was also a member of the senior management team. Lilian directed and oversaw the entire IT service portfolio, and possesses a great balance in people and outcome orientation. Lilian is strong in both people and resource leadership, having led an IT workforce of over 200 across Hong Kong, Malaysia, India and China on application delivery in partnership with vendors and internal global partners. 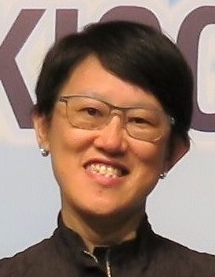 Sau has over 30 years of experience in Information Technology in public, private, and non-profit sectors, covering Hong Kong, China, India, and Australia. She has taken a number of roles including Architect, Program/Project Manager, Infrastructure and Operations Manager. In 2015, she received the Outstanding ICT Woman Professional Award from Hong Kong Computer Society. Her main focus areas are in: IT strategy, project management, and Infrastructure & Operations. 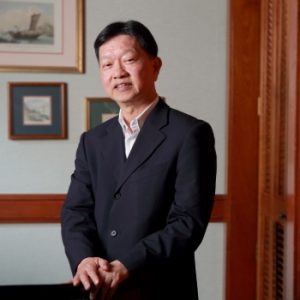 YB has over 40 years of IT experience with large international financial institutions in both Hong Kong and Canada. Prior to becoming a management consultant, he held the position of Assistant General Manager, Chief Information Officer for HSBC in Hong Kong and the Asia Pacific region. With over 3,000 IT staff reporting to him, his responsibilities covered setting and directing IT strategy, software design and development, IT operations and telecommunications. In June 2012 he received the ICT Lifetime Achievement award from the Hong Kong Computer Society and, in November 2012, he became a Distinguished Fellow of the Hong Kong Computer Society. 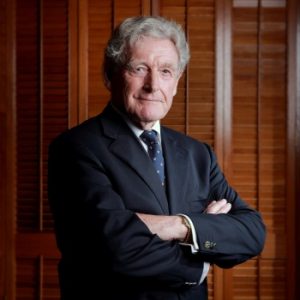 Tom graduated as a electrical engineer from Kong College, London and, whilst his early post-graduate years were spent in heavy electrical engineering, he ended up designing control systems – which in those days were mainly relay-based. As these systems started to use digital technology, he became interested in its potential and joined IBM, specialising in the engineering and manufacturing industries. He decided in 1970 to start his own consultancy and left IBM, but events conspired to cause him to join CDC, a manufacturer of supercomputers used in the technical and scientific markets. Looking for a change he was invited to come to Hong Kong, where he initially had various management roles at Chartered On Line (later COL). He then joined HKTelecom as Director of Information Technology, and Managing Director of Computasia (HKT’s computing company). After 11 years he retired from full time computing, and now spends his time consulting in Hong Kong and the USA. 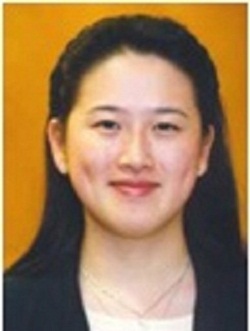 Elaine is an experienced Programme Management and Change consultant of over 18 years.  With a strong track record in outsourcing, complex IT implementation and business transformation – usually resulting from systems change.  She has a proven track record in facilitating the smooth and successful implementation and outsourcing of core systems by ensuring the change management aspects are well executed.  In the area of business change Elaine has developed and led major programmes to return blue-chip companies from red to black; found synergies in merging organisations during integration and cost reduction programmes and areas such as channel shift and digital transformation. 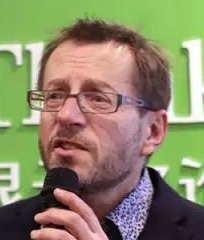 Anthony (“Tas”) is a Man of Many Lanyards. He runs his own training company and is a Course Director for the Chartered institute of Marketing and the Market Research Society, running courses on Storytelling, Behavioural Economics, Insightment and Creative Briefing amongst others. He is also a long term Ad Agency planner/Strategist and still freelances with several ad agencies and clients.

He is an Associate Lecturer at London College of Communications, Bucks New University, Nottingham Trent and Beijing Normal Universities, as well as a regular speaker at international conferences. He is the author of The Storytelling Book, (October 2015), the award-winning guide to using storytelling techniques to improve presentations and communication. The book is already on a third re-print. 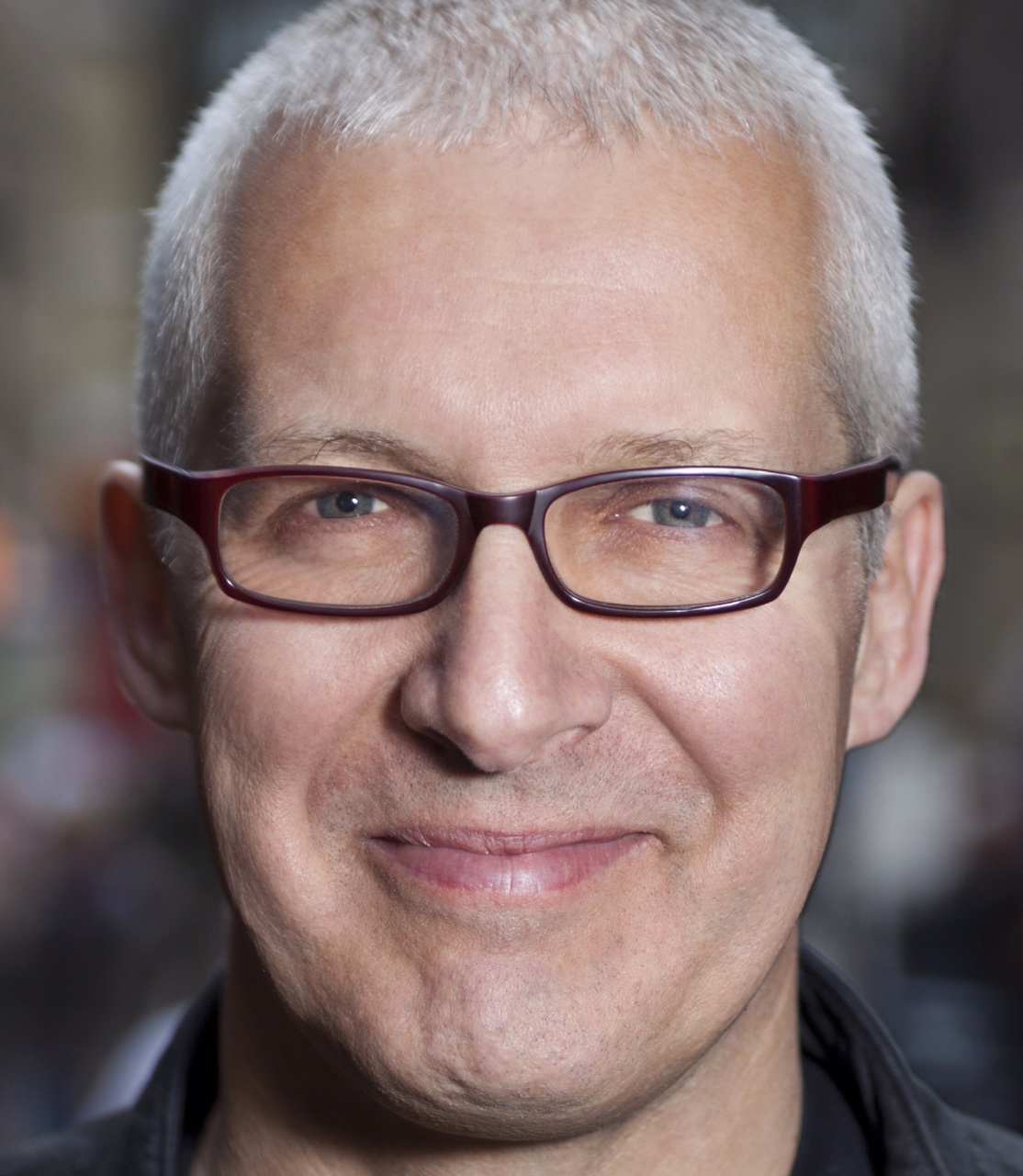 Euan Semple is an early adopter of digital technologies and an innovator who has worked with major organisations like the BBC, Nokia, the World Bank, and NATO. He believes that companies that are succeeding in the marketplace today are those that are beginning to initiate a dialogue with customers and staff to improve their operations and processes.

Euan offers unique insights into how to make the latest technologies work for you and your organisation. He has helped organisations, and more importantly the people in them, to get their heads around social media, social business, and the social web both inside and outside the firewall.

In his book ‘Organizations Don’t Tweet’, Euan identifies that there are remarkable opportunities to mine the intellects of senior managers, backroom operators, frontline staff and customers to create a more responsive business model.